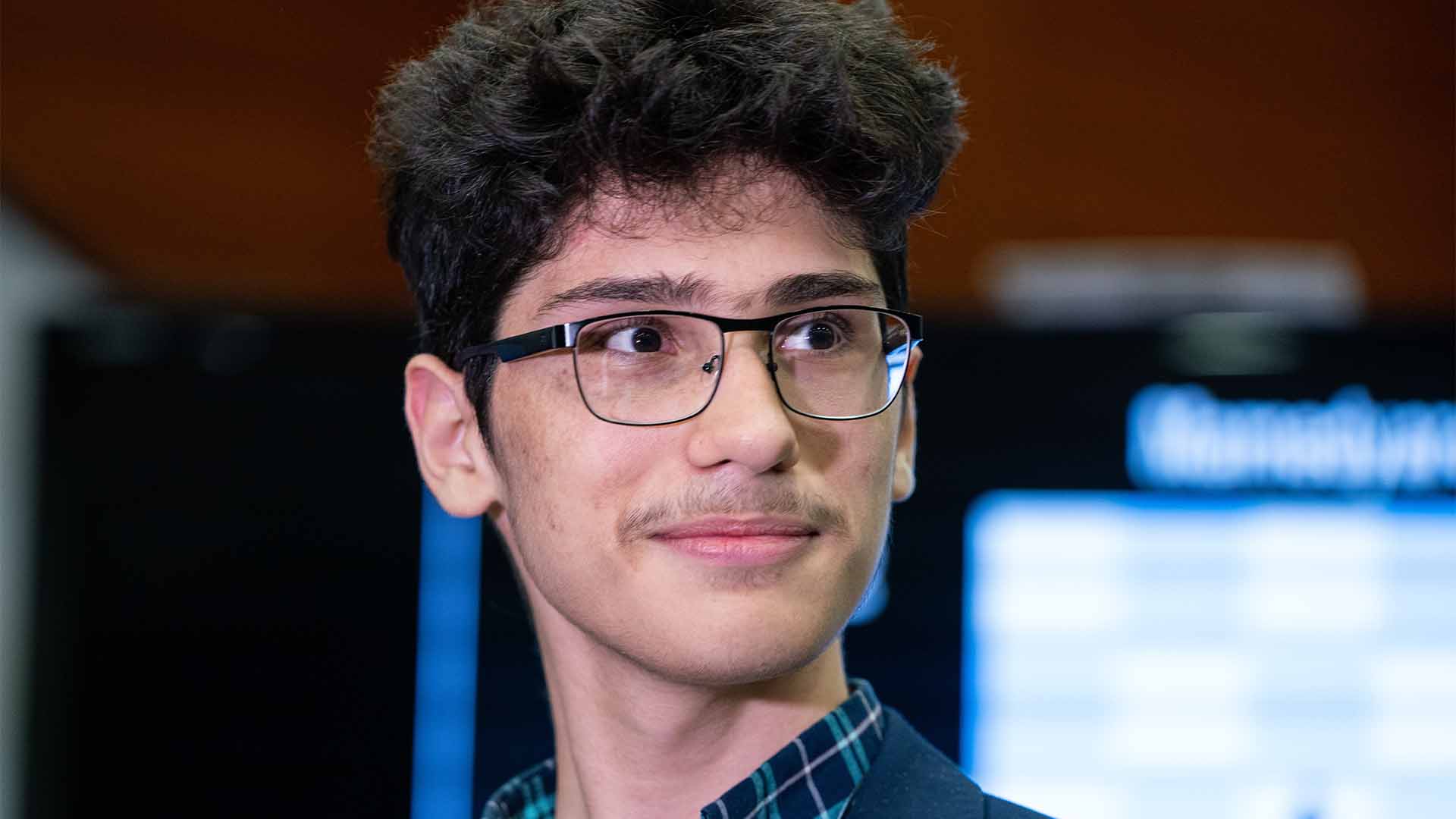 An Iranian chess prodigy. He won the Iranian Chess Championship at age 12, and earned the Grandmaster title at the age of 14. He is the second youngest player ever to reach a rating of 2700 (after Wei Yi), accomplishing this aged 16 years and 1 month.

He started playing chess at the age of eight. He was awarded the GM title by FIDE in April 2018.

At the FIDE World Cup in September 2019, Firouzja defeated Arman Pashikian and Daniil Dubov in rounds one and two, respectively. This made Firouzja the first Iranian player to reach the third round of a Chess World Cup. In round three, he faced the number one seed Ding Liren. Firouzja drew with Ding in the two classical games, but lost both of the rapid tiebreakers and was eliminated from the tournament.

In 2019 Firouzja competed in the World Rapid Chess Championship from 26 to 28 December. He finished the tournament as runner-up with 10½/15, one point short of the winner Carlsen. He is the first-ever Iranian-born Grandmaster to be able to go on a podium in the history of this competition. At the World Blitz Chess Championship held from 29 to 30 December, Firouzja placed sixth with 13½/2.

Firouzja participated in the Tata Steel Chess Tournament in January 2020. This was the first time that Firouzja faced the world elite in a classical round-robin tournament, and he said in an interview that his expectations were not oriented towards winning the event, but gaining more experience at the top level. He finished with 6½/13, placing ninth.

In February, Firouzja competed in the Masters section of the Prague International Chess Festival, a 10-player category XIX round-robin event, as a late replacement for Wei Yi. After a tie for first–fifth on 5/9, Firouzja won the tournament following a 2–0 tiebreak victory over Vidit Gujrathi, thus improving on his previous result at Tata Steel and becoming one of the youngest players to ever attain a supertournament victory.

Alireza Firujouzja is playing for Canada Chessbrahs in Pro Chess League Finals and will participate in a side event (TBA) with fans.