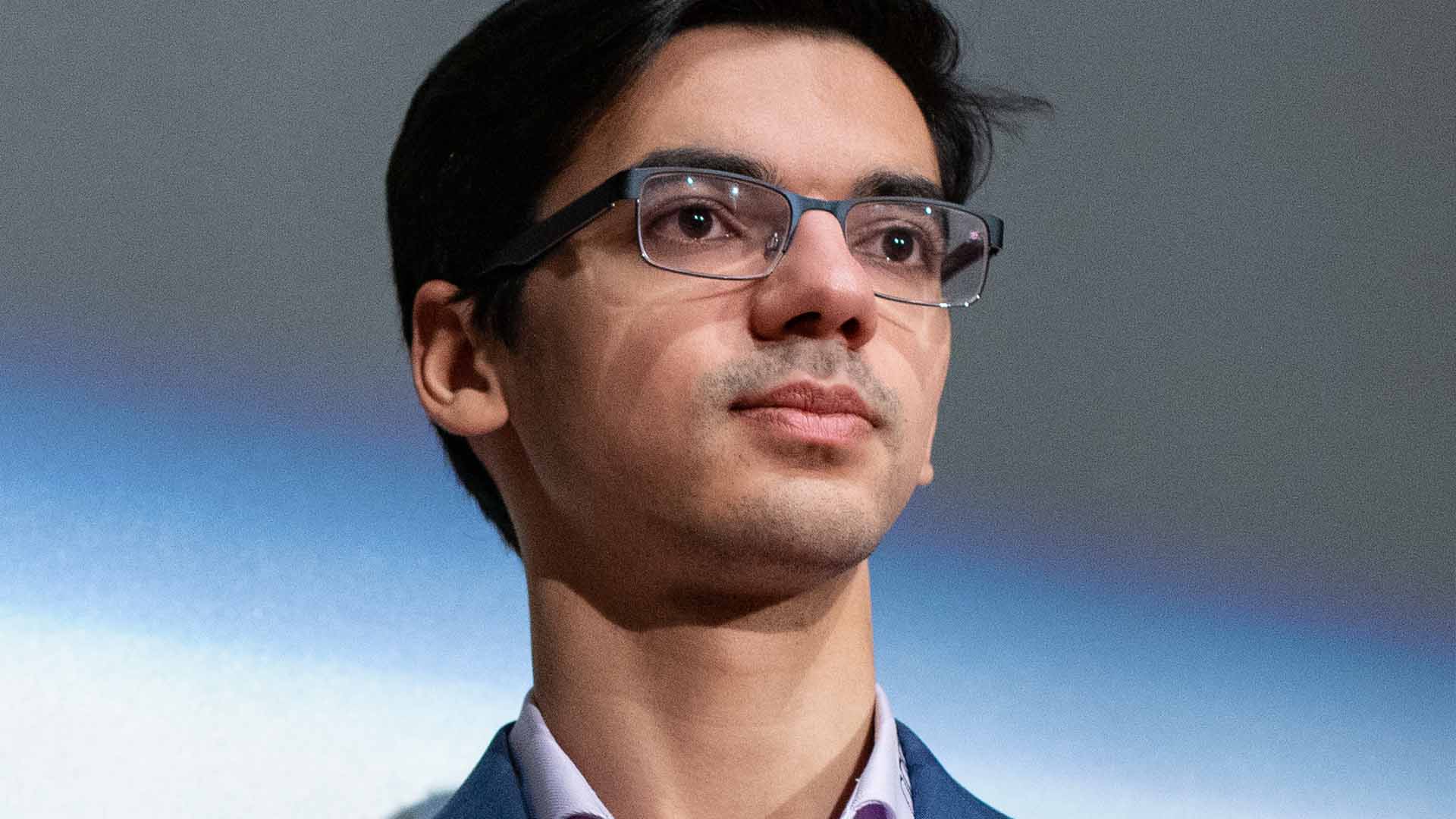 A Russian-born (half Nepali) Dutch chess Grandmaster. A former chess prodigy, he began playing chess with his mother at the age of six and completed the requirements for the title Grandmaster at the age of 14 years, 7 months and 2 days, which made him the youngest Grandmaster in the world at that time. FIDE awarded him the title in 2009.

In December, 2019, Anish Giri qualified for the Candidates Tournament 2020 as a player with the highest FIDE rating for the 12 months period (January — December, 2019). In the rating list, Giri led MaximeVachier-Lagrave by the average of 6 points.

Giri has a very solid, conservative style. This makes him very hard to beat, but also leads to him not translating his chances into wins. His infamous streak of 14 draws at the 2016 Candidates Tournament is illustrative, and led to him being the butt of many jokes, such as a Chess24.com April Fool's piece about Giri writing a book entitled "My 60 Memorable Draws" (a play on Bobby Fischer's "My 60 Memorable Games"). Nonetheless his peers acknowledge his strengths as a player, with Grandmaster Arkadij Naiditsch opining that beating world champion Magnus Carlsen is easier than beating Giri.

Giri is fluent in Russian, English,and Dutch and moderately proficient in Japanese, Nepali and German. He annotated a number of top games for the popular chess site Chess Base, and has written several articles, including analyses of his own games for chess magazines, such as New in Chess, 64 (chess magazine),and Schach Magazin 64. In 2014 Giri published his first book, "My Junior Years In 20 Games".

Giri is very active on social media, known by trolling other Grandmasters on Twitter and recently sharing a glimpse of his personal life on Instagram.

Anish Giri is playing for Canada Chessbrahs in Pro Chess League Finals and will participate in a side event (TBA) with fans.