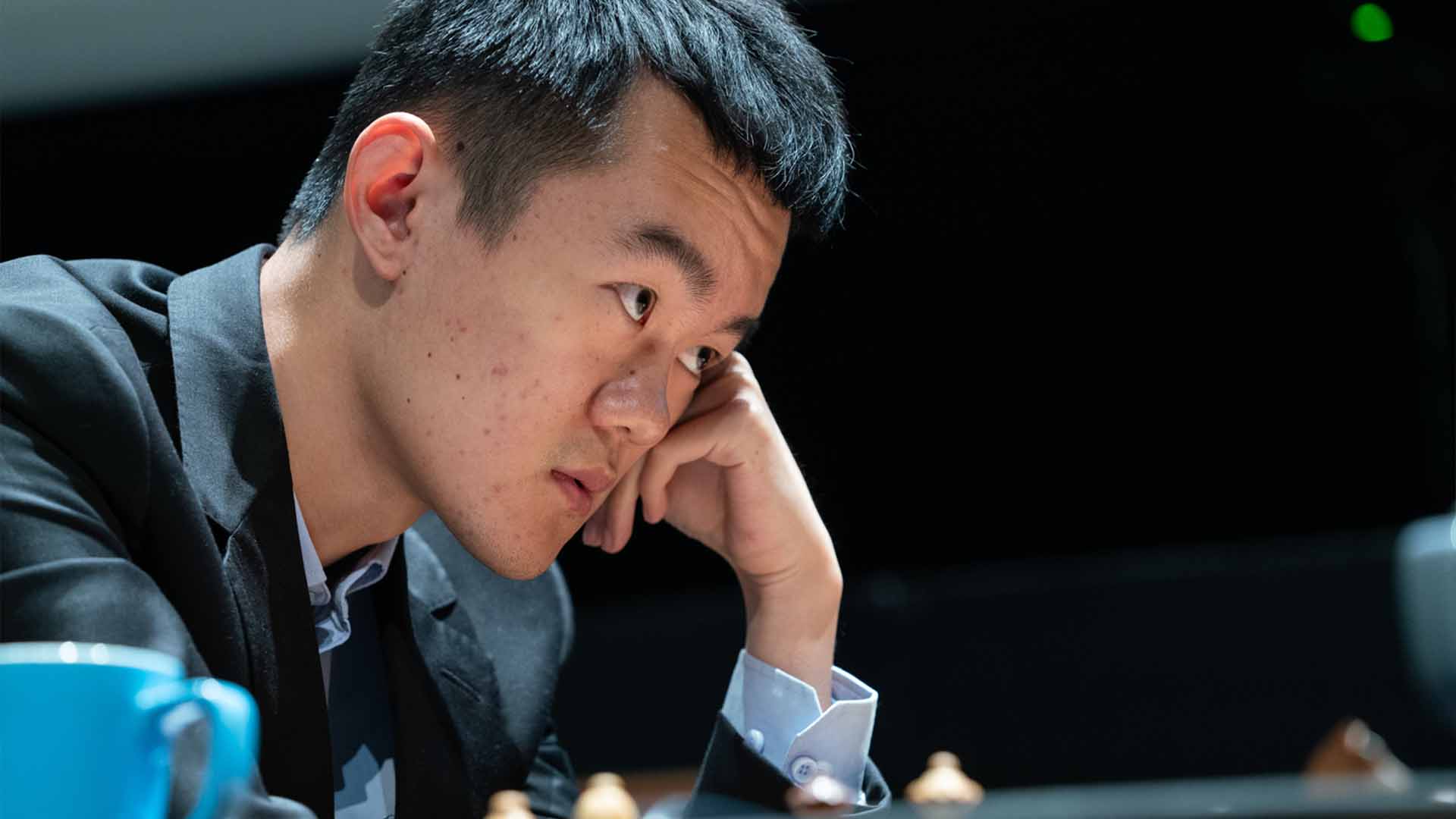 A Chinese chess Grandmaster. He is the highest rated Chinese chess player in history and is also a three-time Chinese Chess Champion. He reached the finals of Chess World Cup in 2017 and 2019 consecutively, but ended upbeing the runner-up on both occasions.

He became a Grandmaster at the age of 16 and 9 months.

Ding was undefeated in classical chess from August 2017 to November 2018, recording 29 victories and 71 draws. This 100-game unbeaten streak was the longest in top-level chess history.

In August 2015, he became the second Chinese player after Wang Yue to break into the top 10 of the FIDE world rankings. In July 2016, with a Blitz rating of 2875, he was the highest rated Blitz player in the world.

In September 2017, he became the first Chinese player to qualify for a Candidates Tournament, the penultimate stage in the World Championship. He placed clear 4th with +1−0=13, the only candidate without a loss at the event.

In September 2018, Ding became the first Chinese player to pass the 2800 Elo mark on the FIDE world rankings, and in November he reached a rating of 2816, the joint-tenth highest rating in history.

In August 2019, he won the Sinquefield Cup 2019 with 2 wins and9 draws, beating reigning World Champion Magnus Carlsen in the playoffs.

In October of the same year Ding qualified for the 2020 Candidates by finishing 2nd place in the World Cup for the second time ina row.

Ding Liren is playing for China Pandas in Pro Chess League Finals and will participate in a side event (TBA) with fans.