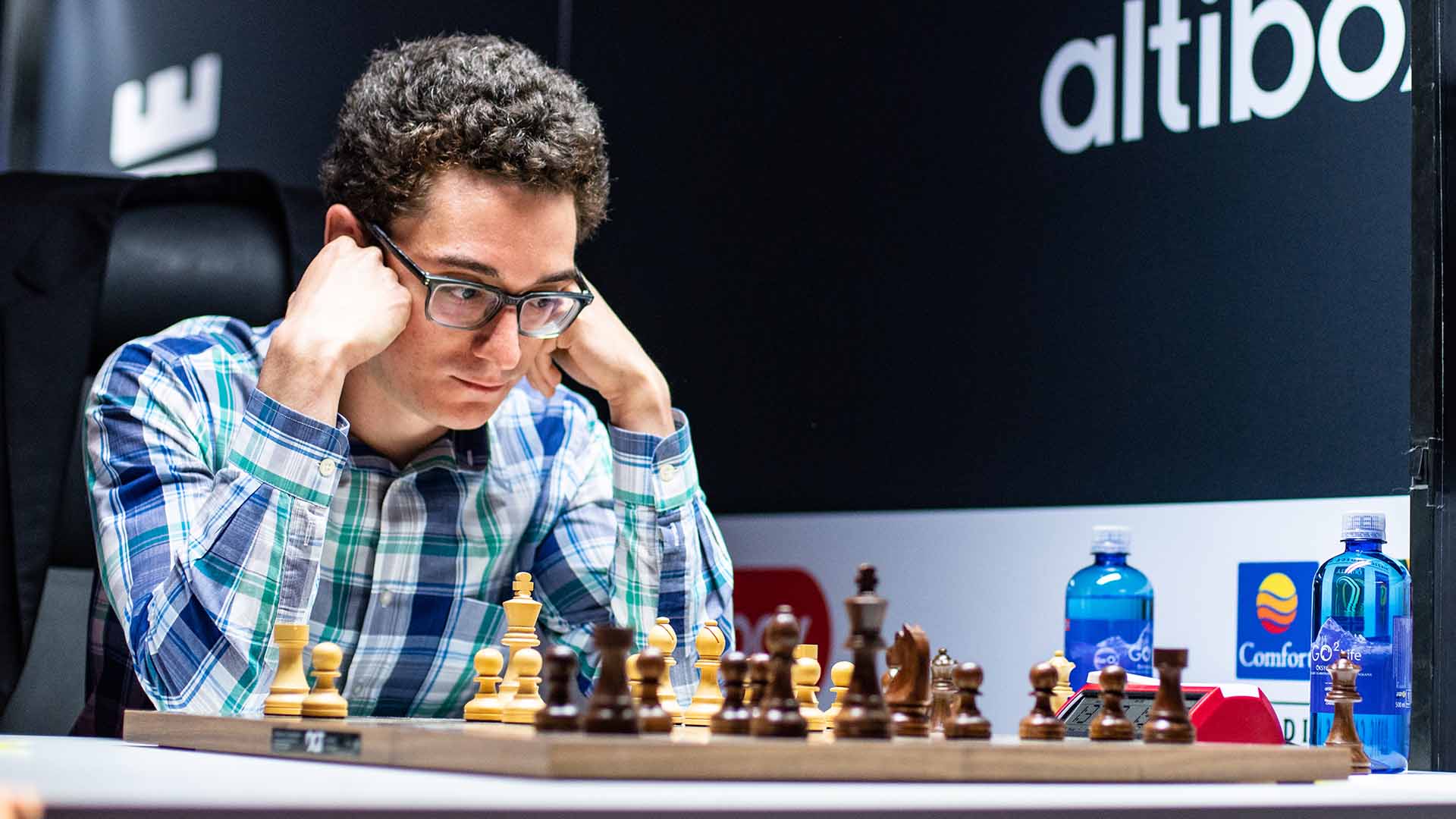 An Italian-Amerian chess prodigy, he became a grandmaster at the age of14 years, 11 months and 20 days—the youngest grandmaster in the history of bothItaly and the United States at the time.

He is a dual citizen of Italy and the US. At the age of four, hisfamily relocated from Miami to the neighbourhood of ParkSlope, Brooklyn, New York. At the age of five, his chess talent was discovered in anafter-school chess program at Congregation Beth Elohim, a Reform Jewish congregation in Park Slope. The same year heplayed his first tournament at the Polgar Chess Center in Queens, New York.

He earned his grandmaster title in 2007, and in the same year won hisfirst Italian Chess Championship, a feat he repeated in 2008, 2010 and 2011. He won the Dortmund Sparkassen ChessMeeting in 2012, 2014 and2015. He also won the Sinquefield Cup 2014, recording a historic 3103 performance rating and improving his Elorating to 2844, becomingthe third-highest-ratedplayer in history. Caruanaled the Saint Louis Arch Bishops to their second PRO Chess League title inthree years.

Having won the FIDE Grand Prix 2014–15, Caruana qualified for the Candidates Tournament 2016, where he was runner-up to SergeyKarjakin.He won the 2016 US Chess Championship, and represented the US on board 1 at the 42nd Chess Olympiad, winning team gold and individual bronze. He wonthe London Chess Classic in 2017.

He won the Candidates Tournament 2018, becoming the first American challenger for theundisputed World Chess Championship since Bobby Fischer in 1972. In the run-up to the championship match, Caruanawon the 5th Grenke Chess Classic, the 6thNorway Chess, and the 6th Sinquefield Cup. He lost the match to Magnus Carlsen in the rapid tiebreaks after drawing 6–6 inthe classical games.

Caruana is known as a hard-workingplayer, once saying: "Hundreds of games are played each day all around theworld, and a lot of them are important. They're all available online, but youhave to put in the time to look at them all. And you need to analyse, find newtrends, keep trying to find new ideas to use against specific opponents."Talking about Magnus Carlsen's play, Caruana hinted at his deep knowledge ofthe opponent's strengths and weaknesses: "In some positions you can'tcompete with him. Certain pawn structures he just plays like a machine. Thereare certain openings where I say, ‘I just can't do that.’ But OK, certain positionshe's not as comfortable with. Just like any player, he can also playunconfidently."

Fabiano Caruana is playing for St. Louis Archbishops in Pro Chess League Finals and will participate in a Bughouse session with fans.