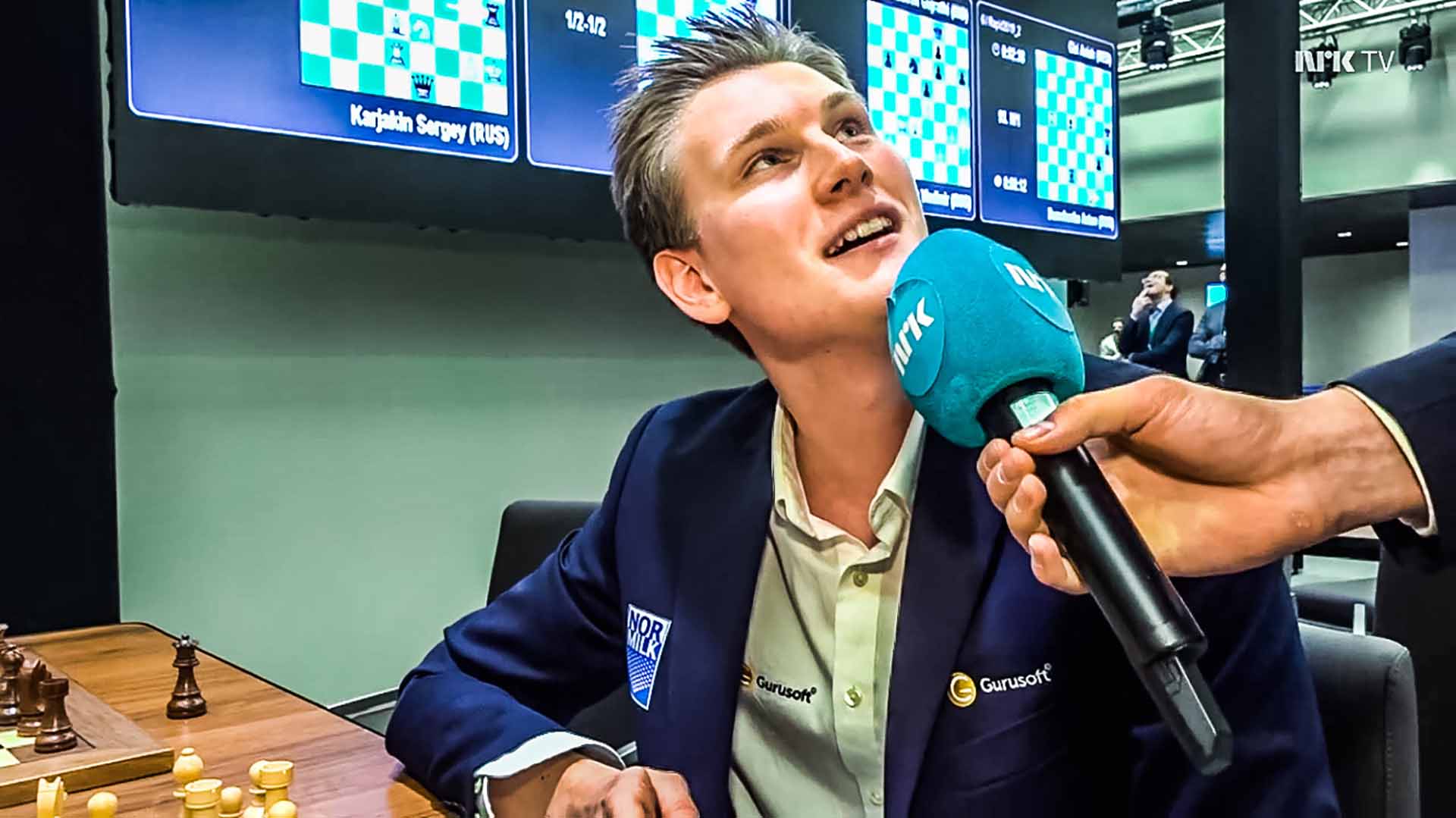 As a kid, football was the most important thing to Johan-Sebastian. He discovered chess by chance on a family holiday in Turkey. On the beach, Johan-Sebastian and his big brother came across a giant chessboard. His big brother knew the rules and gave JS a quick introduction. The rest of the holiday they played almost every day.

Whenthey came home from vacation, they tried to find a club offering children's chess. Fortunately, you don't have to look far when you live in Sandefjord. And shortly after they returned from their holiday, they had become members of the club Caissa.

The first few years, JS did not excel as a particular chess talent, and at one point he had actually decided to quit to spend more time on athletics, handball and football. By chance, he was told that the Norwegian Championships (NC) would be held in the neighboring town of Tønsberg, and he would have that with him before he left.

In terms of results, JS did not fare much better than usual. But fortunately, he made many new friends and a new passion for chess. Back at home in Sandefjord, JS got to train with Sandefjord's best player Carl Eric Horda. He saw a talent in JS and motivated JS to try again in NC the following year. It was a big improvement with a strong 4th place!

"My biggest chess highlight is the 2-0 win against No. 19 in the world, Radoslaw Wojtaszek in the World Cup 2019. I've had many great moments, but this one was the greatest!"