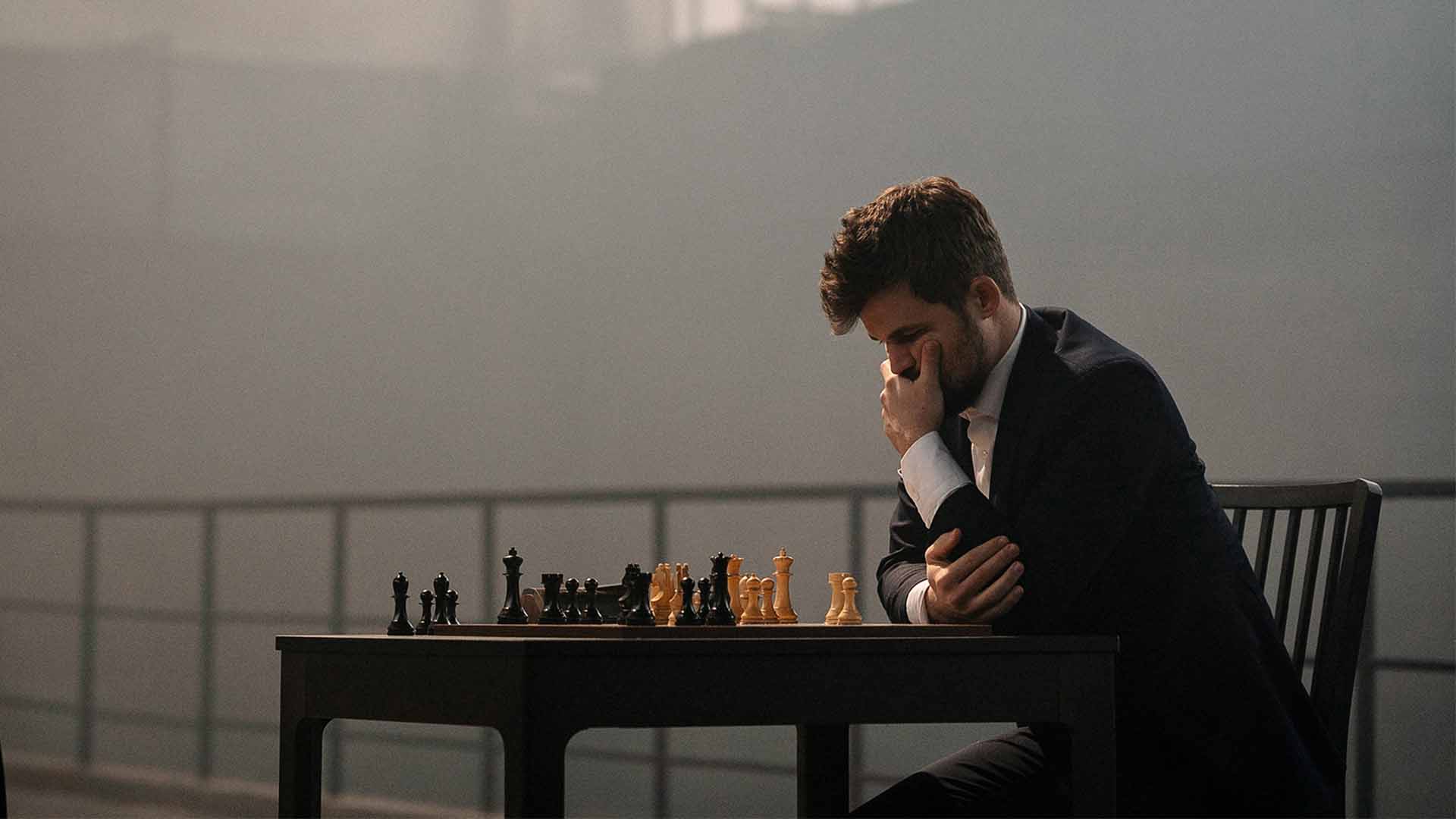 Even from a young age, Magnus Carlsen’s extraordinary talent and ability to become a top player was evident. Since becoming Chess World Champion in 2013 and the highest rated player in history in 2014, the Norwegian Grandmaster has stayed at the very top in classic, blitz and rapid chess.

Impressive intellectual ability. By the age of 5, his father (Henrik Carlsen) introduced him to chess, though he showed little interest at the time. Instead, he chose to apply himself to memorizing the areas, population, flags and capital cities of all the countries in the world.

At the age of 13 years and 4 months, Magnus became the youngest Grandmaster at the time. Magnus was ranked at the top of the FIDE rating list in January 2010.
‍

In 2013 Magnus won the Candidates Tournament and qualified for a World Championship Match vs. Viswhanathan Anand. The match took place in Anand’s hometown, Chennai in November 2013. Magnus became World Champion by beating Anand 6,5 – 3,5.

In May of 2014, Magnus reached a peak rating of 2882. Later the same year he won both the Rapid and the Bitz World Championships.

In 2014, Magnus defended his World Champion title and became the first player to simultaneously hold the title in all three FIDE rated time controls (Standard, Rapid and Blitz). In October 2015, Magnus successfully defended his title in the FIDE World Rapid Championships held in Berlin — the first World Rapid Champion in history to do so. He reached the highest live rapid rating in history after the tournament and was at that point ranked No. 1 in all three disciplines simultaneously. He ended the year finishing joint first in the final leg of the Grand Chess Tour, the London Chess Classic.

Magnus went into 2018 ranked No. 1 in the FIDE rapid and blitz rating lists, with Elo ratings of 2880 and 2965, respectively. In January, he took out his sixth Tata Steel Chess Tournament victory – a record for the tournament, and the unofficial Fischer Random World Championship in February. After receiving minor placings at the Grenke Chess Classic, Shamkir Chess and Norway Chess, Magnus tied for first at the 6th Sinquefield Cup in St Louis in August. In November, Magnus successfully defended his title against Fabiano Caruana at the 2018 World Chess Championship in London. In December, he also defended his World Blitz Championship title, with an impressive unbeaten result. This was Magnus’ tenth World Title and fourth World Blitz Title.

In 2019 he took a second place in the first ever Fischer Random Chess Championship, playing against Fabiano Caruana, Ian Nepomniachtchi and the overall winner, Wesley So.

He has also once again became both World Rapid and Blitz Champion 2019!

Magnus Carlsen is representing Offerspill Chess Club in Norwegian Championship fot Teams and will participate in "Meet'N'Greet" as well as simultan with fans.